Fuzuki, the seventh month in the old Japanese lunar calendar

It is said that Fuzuki means the month of writing poems especially for the star festival that falls on July 7. Nowadays, children write down their wishes on oblong cards, which are tied to bamboo branches before the festival.

The rainy season usually lasts until the latter part of July, so people look forward to the end of this season, though for some they reluctantly welcome the beginning of the hot summer. It is school children who can’t wait for the summer holidays.

Now, I would like to show you from my albums “July in photos”.

Two sailing vessels for training seamen anchored at the Oh-Sanbashi berth in Yokohama: “Nippon-Maru” in front of “Kaio-Maru”. Each vessel weighs about 2,500 tons and carries around 190 personnel including 120 trainees. This photo was taken on July 20, 2009.

My wife and I visited “Senjou-gahara” in Nikko on July 26, 2007. We spotted a few deer in the far distance. Some mountains in the background are more than 2,500 meters high.

This is my first grandson who was about 7 months old when this photo was taken on July 17, 2011 at my place. His mother on the right pours water into a small pool: my daughter keeps company with the baby. 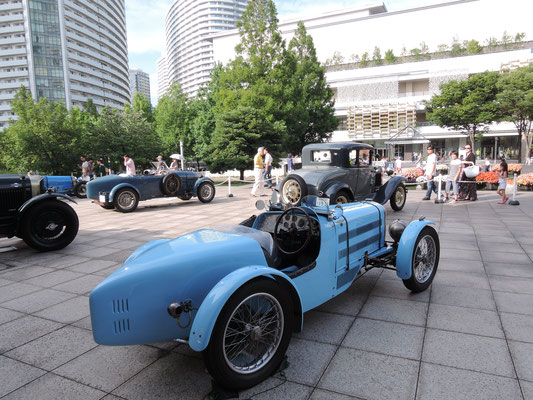 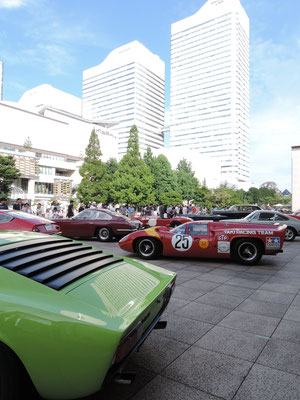 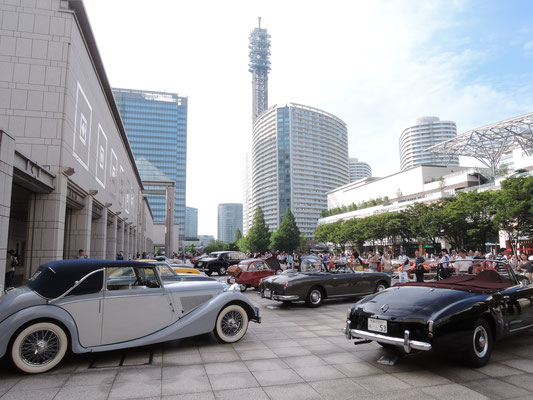 An exhibition of vintage cars in the Minato Mirai district, Yokohama on July 21, 2013.

The Jike countryside and rice fields, northern Yokohama on July 8, 2015.

Tsuruga castle, originally erected in the 17th Century, in Aizu Wakamatu City, Fukushima prefecture. The castle actually withstood a month-long siege in 1868 during the war that took place between the forces loyal to the emperor and those who stood along the Tokugawa Shogunate in its last days.The castle was badly damaged and was dismantled later. In 1965, the five-story castle keep was restored. The photo was taken on July 15, 2015.