Only just a week ago, on April 15, my daughter got married. Her husband is a judo therapist: and my daughter a flower arrangement instructor. Their marriage took place at a wedding hall in Shin-Yokohama. 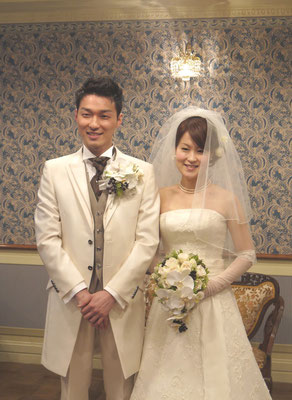 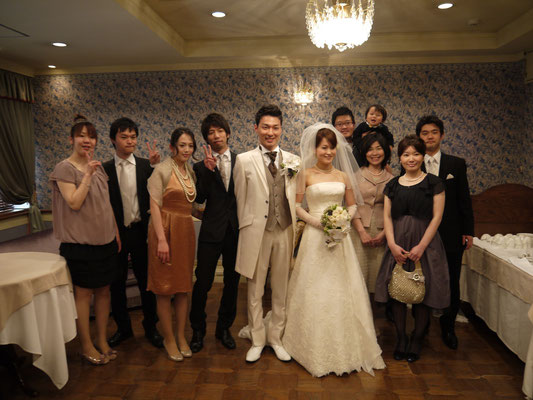 I would say it was a typical wedding for these days: they started living together a few months earlier; they registered their marriage at the municipal office in February this year; they made all the arrangements for their wedding (with some financial assistance from their parents though); it was a “church marriage” for a non-Christian bride and groom at a wedding hall.

Here, I see some palpable differences between their wedding and mine. Let me explain them. Well, I had my wedding back in 1978. At that time, marriage was still more of an important family affair; parents on both sides took initiatives in preparing and carrying out a wedding in a Shinto way. My wife and I donned traditional ceremonial clothes.

What about my parents’ wedding? A completely different world. An old black and white photo showed my father seated with a butch haircut in an army officer’s uniform, holding a Japanese sword; only my mother, who was seated next to him, wore traditional, colorful ceremonial clothes among other members of relatives all in mono-tone dark clothes. That was in 1944, very close to the end of WWII, when daily life was centered around sustaining desperate war activities, and people were explicitly showing prolonged fatigue as well as concern and fear for the outcome of the war.

Then, any insight about our grandchildren’s turn? They will certainly adjust to the social and economic environment of their times, but one thing will remain: the best wishes of their parents, relatives and friends.