Community activity in the Edanishi area

Before explaining our activities, I would like to touch a little bit on the demographic data of our place. First, the number of households is 4,463 and altogether 11,367 people live here as of March, 2012 (according to Aoba-Ward office).

The following data is for the whole of Aoba-ward, but offers some indication of the Edanishi area:

-The ratio of daytime to nighttime population：75.1% (meaning more people leave Aoba-Ward for work, school or play during daytime);

For this year, we have two main events on our agenda. The first is a summer festival in August, and the second a fire and disaster prevention drill usually in November.

In fact, this coming Saturday, we have a series of meetings on these events as follows: to start with, the extended monthly meeting from 10:00 to 11:00, then the summer festival committee from 11:00 to 12:00, and lastly the fire and disaster prevention committee from 13:30 to 15:00.

The following photos show these main events that took place in 2011. 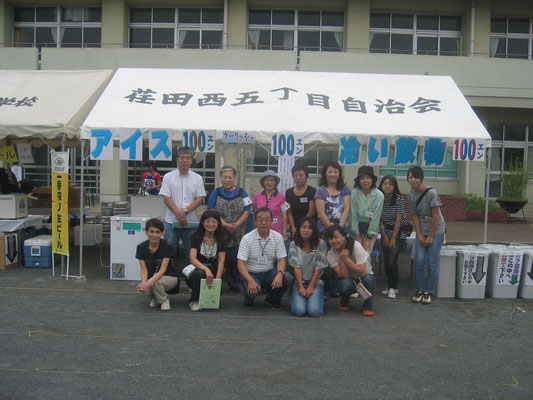 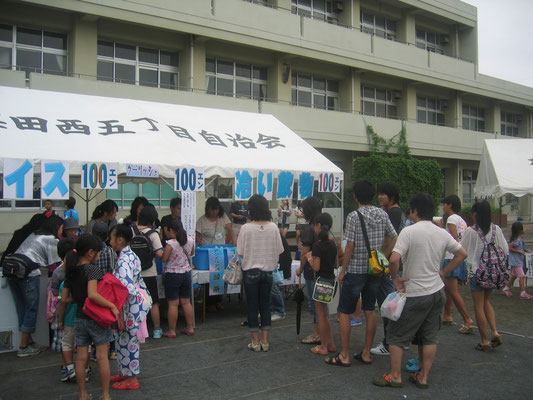 The summer festival for 2011 was held on August 20 (Saturday) on the Edanishi primary school ground. We (the Edanishi-5 Chome residents’ association) set up a food stand for selling ice cream and soft drinks.

On November 20, 2011, we held a fire and disaster prevention drill at Edanishi primary school.

Local firemen instructed us how to use a stretcher.

This earthquake simulator offered participants the experience of a scale 7 tremor.