Your travel tips for Adelaide

An interview with Steve Mickevics was made on May 11, 2011 on the topic.

Before the interview, to be honest, I had only the faintest knowledge about Adelaide, which is Steve’s hometown in Australia. As we went along, the images of this city gradually grew in my mind, those of beautiful green scenery in and around the city and a homely atmosphere best suited for retired people and those raising a family.

Adelaide is the fifth largest city in Australia with a population of 1.1 million (2007),  a photo of Adelaide city center by Dong Barber.

The interview kicked off by me asking which months are best to visit Adelaide. Steve mentioned that he would recommend the end of January to the beginning of April when there is a biannual event called “the Fringe Art Festival”. It is hot and dry with temperatures reaching in excess of 40 degrees Celsius, but not as hot as during the mid-summer period. On the contrary, winter (summer in the northern hemisphere) is both a cold and wet season not ideal for travelling.

Then, we moved on to the next question, “where can you get the best view of the city?” He suggested Cleland National Park, which forms a part of the Adelaide hills surrounding the city. From there, you can see the beautiful city by the sea with lots of greenery. Most of the housing is one storey high due to the height restriction being enforced, with the exception of the Central Business District or CBD where you can find tall office buildings. “Looking at Adelaide above the tree level, it looks like a forest, with certain buildings sticking up,” as aptly described by Steve.  If you look on the reverse side from the national park, green plains expand beyond your eyes.

The third question was about his favorite neighborhood in Adelaide. He said that he liked the place he had spend his latter part of his childhood, called Linden Park. Located at the edge of the hills, there are lots of beautiful parks, a “kind of Kohoku area” as Steve put it. It’s conveniently located about 20 minutes by car from the CBD. There is expensive housing and good schools in this area.

Then it was time for the fourth question, “what are must see places in and out of the city?” There are many. For places inside, Steve started to explain that Adelaide is also known as the “city of churches”. There are a lot of churches that were built a couple hundred years ago when people first settled there. You can marvel at the architectural beauty of those old stone churches. Next came City Parklands, which are nice for walking and you can really see that the CBD is surrounded by parks. The University of Adelaide runs along the river and is connected onto the park lands.

For places outside of the city, Steve obviously picked up Cleland national park as his first choice. It is a beautiful park and offers typical Australian nature. There are lots of fenced areas housing native animals. For instance, if you want to see kangaroos, you can go to a particular fenced area where there are hundreds of them and you can walk amongst them and feed them, if you like, with special food that you buy.

There are other areas, for example for emus in a similar fashion. Off course, dangerous species, such as monitor lizards and dingos are kept in a special area so that you can just observe them from outside. This national park is “far superior to any zoo” in terms of seeing native Australian animals as Steve put it.

Turning to the sea, he suggested Glenely beach, which is about 30minutes by tram from the center of Adelaide. You can expect a lot of activities besides swimming. Across the bay, there is another interesting place to visit, which is Kangaroo Island. It is about 30 minutes by plane or one and half hours by boat. What draws people there are seals in their natural habitat more than just kangaroos or koalas. This island is noted for an abundance of natural beauties, such as mini deserts and rocks of different forms which have been eroded by wind and water.

Steve mentioned one more, which is Handorf, a German village in the Adelaide Hills. The biggest attraction is wine. So, you can join one of the winery tours that take you to one winery after another tasting different wines all the way through. Cheers! 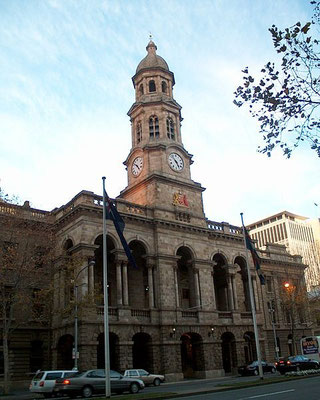 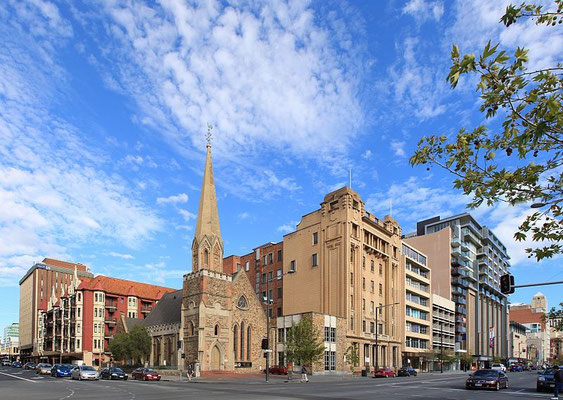 Now the fifth question,  “What do you recommend visitors to experience so that they can feel familiar with this city?”  As Steve put it, “get a sense of heritage and immigrant roots”. Adelaide is such a multicultural city, so a visit to its central market is interesting where you can find lots of vegetables, meats, salamis etc. The city is essentially a place for viewing and seeing things, however not an exciting city for youngsters, missing much of   the hip-hop or groovy activities that you can find in other larger cities in Australia.

The next question was “Are there local specialty dishes or drinks that visitors must try?” To this, Steve chose kangaroo meat, yabby, a kind of river shrimps and crocodile meat wow! The image of traditional Australian dishes is nothing but the BBQ.  For drinks, Adelaide is noted for wine and Coopers beer. There is non-alcoholic cordial drink also, which is a fruit syrup diluted with cold water.

Coming to the last question but one, “What is a good local souvenir?” Steve mentioned body parts of a kangaroo, boomerangs or you could go for some German handcrafts and top-notch wine.

“What kind of precautions do you suggest to visitors?” was the last question. You don’t need to worry about it. Adelaide is a fairly safe city, so all you need is just sun screen in the summer.

That ended the interview with Steve. Thank you so much.  Lastly, I would like to add these facts of Adelaide from the Wikipedia. “Adelaide ranks highly in terms of liveability, being listed in the top 10 of “the Economists’” world’s most liveable cities index in 2010, and being ranked the most liveable city in Australia by the Property Council of Australia in 2011.”