The Shinsen-gumi, a special police force during the latter part of the Tokugawa shogunate

My wife and I visited a museum for the Shinsen-gumi located in Hino City, in the western part of Metropolitan Tokyo on May 19, 2013. Why were the Shinsen-gumi spotlighted in history? Let me try to explain. In the final days of the Tokugawa shogunate (in the middle of the 19th Century), the rulers were desperately struggling to remain in power (after ruling the country for almost three centuries) as tension and conflict between forces loyal to the shogunate and those who advocated the sovereignty of the emperor came to a point of no return especially in Kyoto where the emperor resided.


In order to maintain law and order in Kyoto, the Tokugawa shogunate augmented its security forces by various means that included a special police force composed of farmers and commoners recruited from areas west of Edo (the old name for Tokyo). This was the start of the Shinsen-gumi. Surprisingly,they are popular among the ordinary Japanese even today: perhaps for their much publicized swordsmanship or their tragic battles fighting against well-equipped forces loyal to the emperor all the way up to the last battlefields in Hokkaido (the northern most island of Japan).

For years I have been very curious about the Shinsen-gumi: how did they originate from that particular area, west of Edo? Was there anything special about the place?


So, let’s first take a look at the area west of Edo. When the Tokugawa shogunate was first established in Edo in the early 1600s, they brought in about one thousand ex-samurai who were made to settle in areas west of Edo (now the city of Hachioji) in order to defend Edo from any invaders from the North West. They were farmers during peace time and acted as soldiers when required, creating a unique way of life there.


The shogunate encouraged the development of new rice fields to feed the expanding population in Edo. This led to the emergence of a wealthy landowning class, who were great advocators of arts and cultural activities that incidentally included giving assistance for martial arts in the local community (like setting up a swordsmanship training gym on their premises).


Having this background, the Shinsen-gumi was created and saw its zenith in Kyoto, which was appreciated by the shogunate but detested by the people of the ancient capitol. Then they fought losing battles one after another and finally surrendered to the emperor’s army in Hokkaido: all these events took place in a span of only six years, from 1863 to 1869!


After visiting the museum, we went to an old preserved house that was used as a travelling lodge for feudal lords and high officials of the ruling class. One of the volunteers there who showed us inside made an interesting remark. He explained that the Meiji Emperor had visited this lodge twice after a hunting trip although there were better and bigger travelling facilities in nearby towns.

“In my opinion. The emperor made visits to this lodge located in Hino, where founding members of the Shinsen-gumi came from, to show that he wanted to forgive the Shinsen-gumi and indicate that the hostilities were over now." 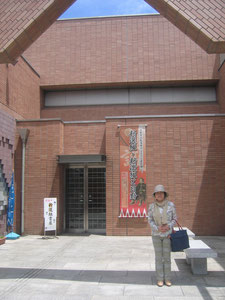 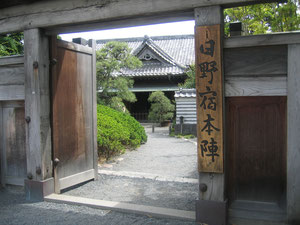 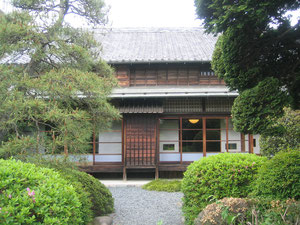 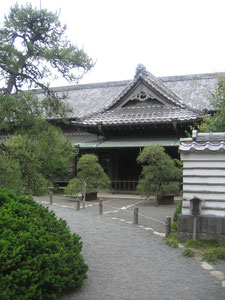 The founding members of the Shinsen-gumi practiced their swordsmanship in a training gym (not in existence now) that was located on the same premises as this travelling lodge.