Ohsanbashi berth, the port of Yokohama

This berth (the International Passenger Terminal) is for ocean liners and on this day three liners were seen. The biggest of the three was Asuka II, a 50,142-ton, 800-passenger liner that would sail in the afternoon for a domestic cruise.  The second biggest was Nippon Maru, a 22,472- ton, 500-passenger liner which would sail also in the afternoon for a cruise to Chejyu island in Korea. The smallest was Royal Wing, a 2,876-ton liner that is based at this berth for port cruises. 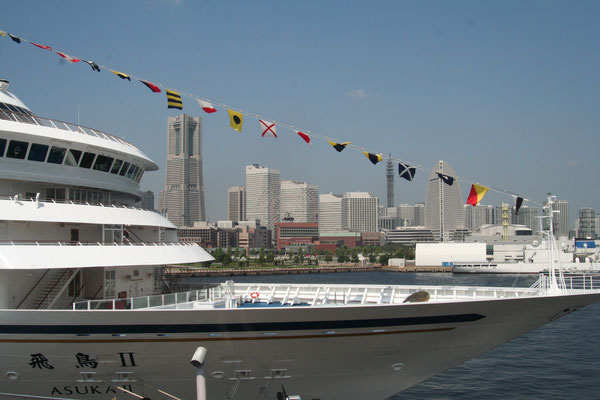 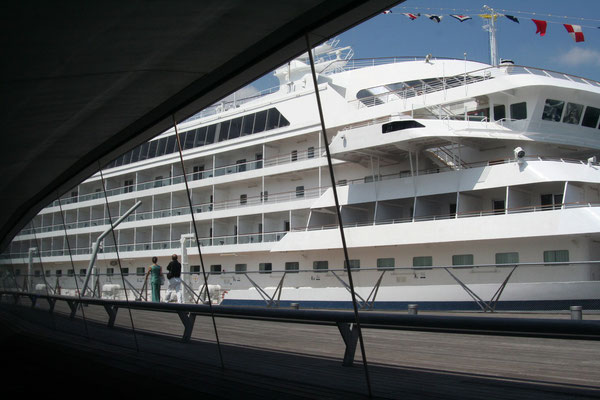 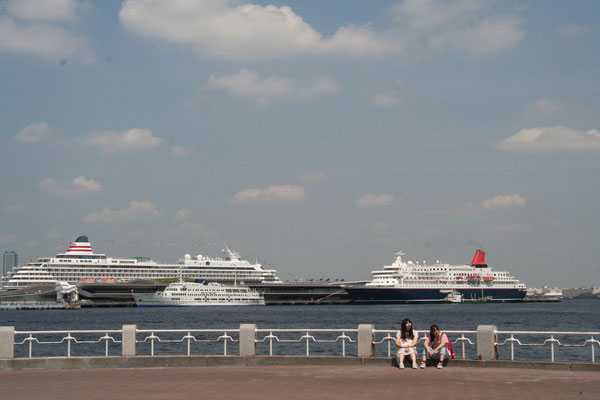 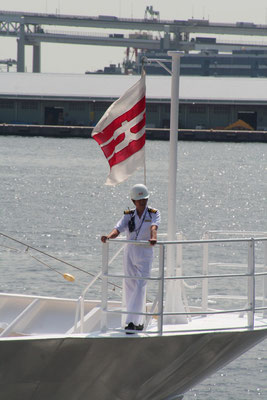 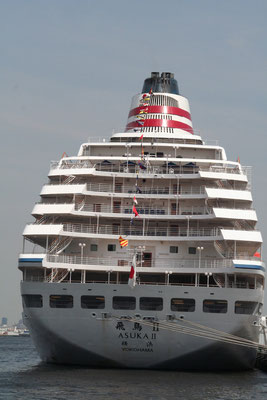