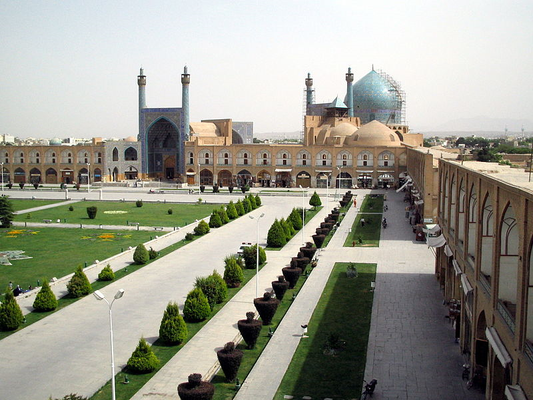 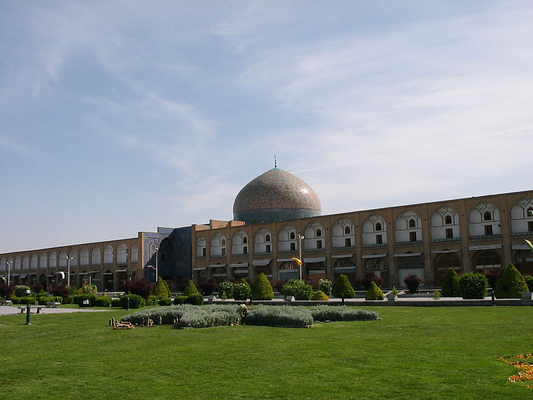 Iranian New Year, under their lunar calendar, falls on March 21 which is the spring equinox and is called “Noo-rooz”. After the cold winter season, the Iranians celebrate their new year and welcome the advent of gentle spring warmth.

I experienced the Noo-rooz in 2001 when I was in Tehran as a representative for a Japanese IT company. On that occasion, my wife joined me from Japan and we spent some days in Isfahan, a world heritage site and the third biggest city after Tehran and Mashhad in that country.

As the Noo-rooz approaches, people become merrier and friendlier, especially the children. On the streets, you can notice venders selling traditional goods and decorations specific for the event, such as green young barley seedlings, goldfish in glass bowls and seven items that start with the letter “s” in Farsi; apples, coins, vegetables, hyacinth flowers, candles, clocks and vinegar.

Isfahan is located about 340 km south of Tehran. It has a population of around 1.6 million. Like many other large cities in Iran, Esphahan sits on plateaus about 1,600 meters above the sea level, ensuring dry and relatively mild weather in summer.

The city was the capital of Persia under the Safavid dynasty from the late 16th to the early 18th century. Shah Abbas the Great, the founder of that dynasty built a well designed, beautiful city that led to the Persian proverb, “Esphahan is half the world.”

The city retains much of its past glory. It is famous for its Islamic architecture, highlighted by a world heritage site, which is a vast square commonly called “Imam Square”, 160 meters wide and 508 meters long. Unique to the square is that it is surrounded by magnificent and historic buildings: a palace, two mosques and a bazaar all facing the square. We heard that kings and their followers played polo on the square grounds.

There was a happening on the day we left Esphahan for Tehran. We arrived at the airport, but we found it was too quite there. We proceeded to the airline counter and were told that the plane was about to take off at any moment. We rushed to the plane and managed to get inside just in time.

Then I came to realize that daylight saving had come into effect as of March 21, New Year’s Day. No wonder we had to run at the airport simply because we had arrived there one hour late.

Here is a final word on the Noo-rooz. It lasts for twelve days and the next- 13th day is supposed to be an ominous day especially if you stay at your home. So, people go out and spend the day in the city outskirts. I had noticed on the streets that many passing cars had barley seed beds on the roofs, on the front and back bonnets and just letting them fall over. I knew it was some kind of superstition but I forgot to ask the Iranians for what. 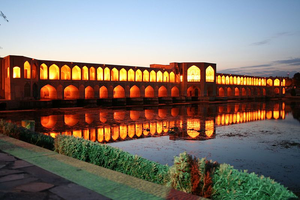 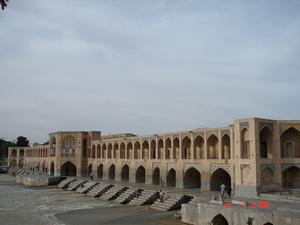 Khaju Bridge, the photo on the right courtesy of Koohkan