The start of spring

It is interesting to note that February 4 is called “Ri-shun”, meaning the start of spring, although this time of the year is usually the coldest. Incidentally, February 4 falls between the winter solstice and the spring equinox. So, there may be justification for the start of spring on this particular date.

There is a way of celebrating the advent of spring. It is said that evil spirits pop out when seasons change; so on the day before (on February 3), people should throw beans (usually roasted soybeans) at home chanting “evils-out! Good fortune- in!” On February 3 (Sunday) this year, I went to a park near Center Kita station along the Yokohama subway to take the photos of this event.

The event took place in the compound of an old thatched roof house, dating back to the Edo period, which was transferred to the park from nearby. 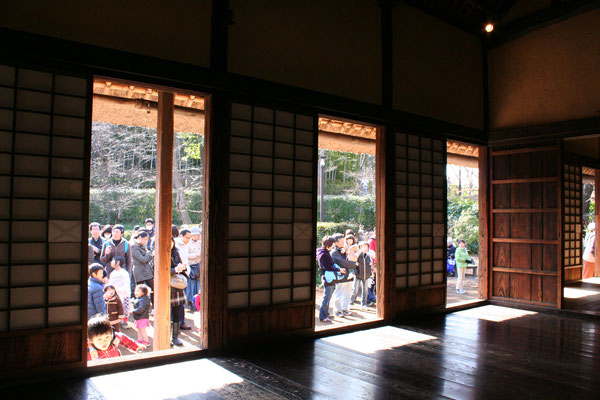 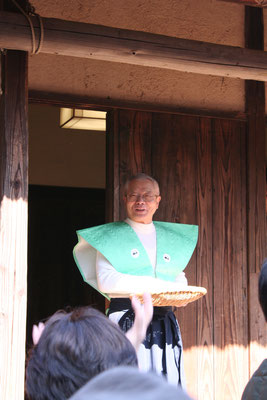 Mostly young parents with their children waiting for the throwing of beans to start. It’s started! Who are throwing the beans? They are males and females who were born in the “Year of the Snake,” (since 2013 is the year of the snake under the Chinese zodiac cycle), meaning their ages fall into the following brackets: 12, 24, 48, 60, 72, 84 and so on (12 zodiacs in all). 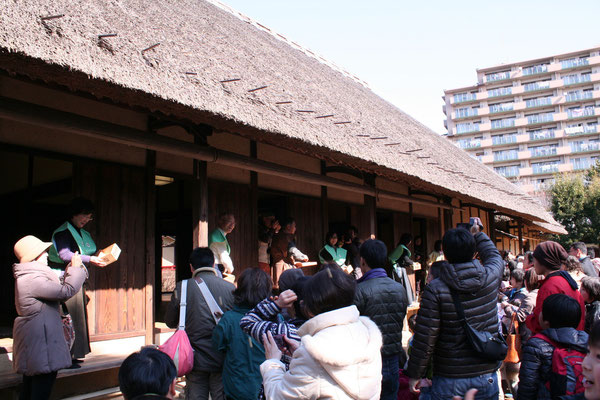 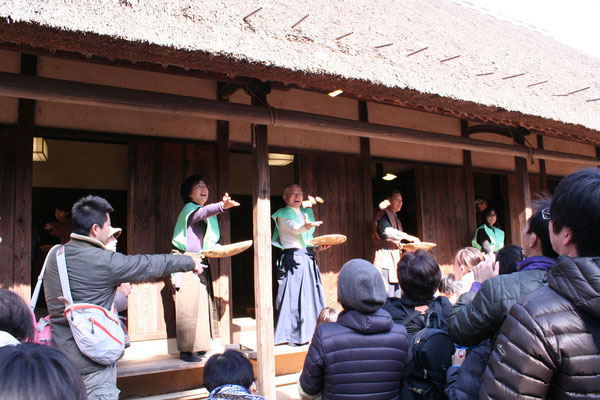 I have posted more photos in the photo gallery, so please check them out(go to  “An event of throwing beans on February 3” under the category of culture).

Just nearby in the park happens to be the excavated site of ancient dwellings dating back to the mid “Yayoi” period (2nd Century B.C. to 1st Century A.D.) Here are some photos dated November 5, 2009, from my album. 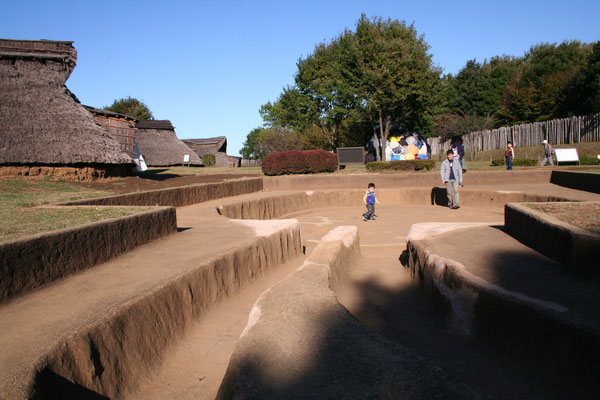 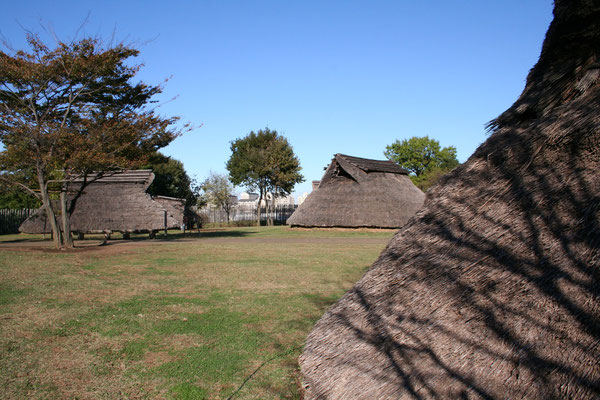 There are some restored dwellings and a storehouse in a compound surrounded by a moat and a fence of wooden poles. Further to the right side of these photos, lie excavated graveyards.