I have seen airships fly gently over Tokyo and also Yokohama with slight beeping sounds, each time showing off their colorful signboards. The latest one, the Zeppelin NT, came from Germany utilizing the latest technology. It had been on a commercial operation in Japan for a subsidiary company of Nihon Yusen since 2004.

Unfortunately, the company went into bankruptcy in 2010 due to high operating costs and less than expected revenues. This airship was dismantled in 2011 and shipped back to the original manufacturer in parts.

I was looking forward to an advent of a new generation of airships that could enhance air transportation not only for passengers but also for cargos. I had hoped that the Zeppelin NT would be the first in this line. Let me go over some of the technical features of this airship according to the internet.

It was 75 meters long, 20 meters wide and 18 meters high, storing non-flammable helium gas inside to keep the Zeppelin afloat in the air. It could carry a maximum of 12 passengers. The maximum speed was 125 kmph, powered by three 200 HP engines. It usually flew at an altitude of 300 to 600 meters and a maximum range of 900 kilometers.

The most exciting part to me was its low cruising altitude compared with that of commercial planes. You could see the faces and even movements of people on the ground! The whole panorama of beautiful scenery expanding before you is more than ideal for sightseeing flights. I was looking forward to taking one of those flights in time. To my disappointment, the announced fare was prohibitive being more than 100,000 yen initially. In later stages, it was cut by as much as a half, but was still beyond my reach.

The German manufacturer is said to be building a larger NT 14 airship with 19 seats. Hopefully I can see it soon in Japan.

According to the Deutche Zeppelin-Reedrei, which operates the Zeppelin NT airship in Germany, 2018 was the most successful season in its history, with more than 24,700 passengers carried.

Let me show you another airship being developed. It’s called the Airlander 10 build by Hybrid Air Vehicles (HAV), a British company. It was originally built for the US Army but the contract was subsequently cancelled; HAV has continued the development of its airship. Production models are scheduled for 2025. Here is some data for the Airlander 10. 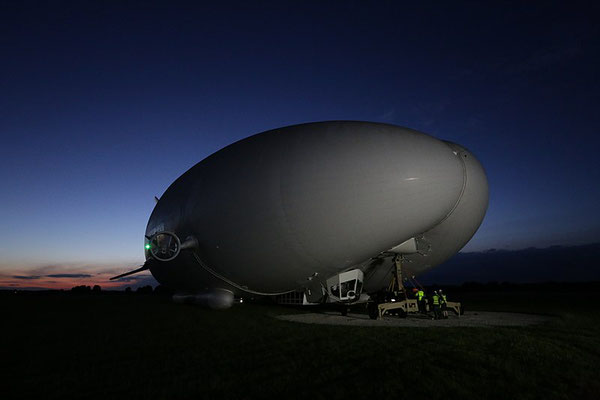 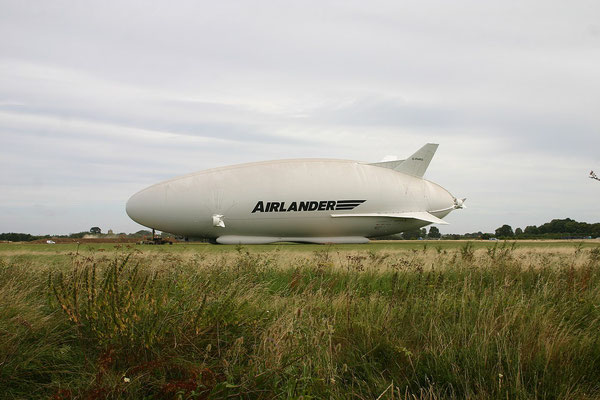