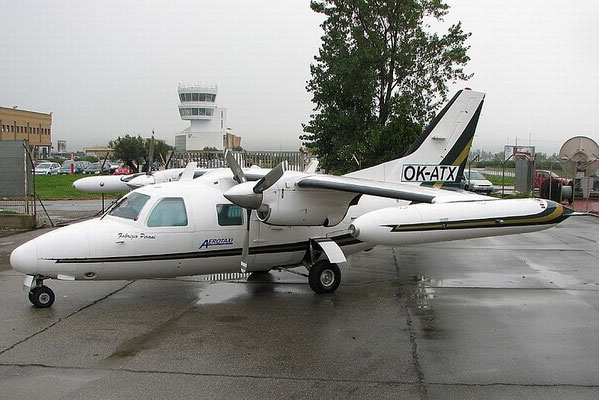 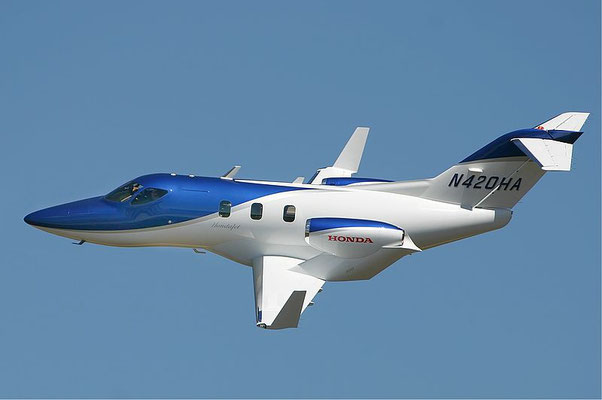 Here is a brief description of the MU-2. It was developed by Mitsubishi Heavy Industries, which happened to be the manufacturer of the “Zero” fighter planes during WW2. The MU-2 first flew in 1963. It was compact and fast because of two turbo-prop engines, and became Japan’s first business aircraft. Altogether 762 MU-2s were supplied to customers in 27 countries when its production was discontinued in 1987. It wasn’t financially successful for Mitsubishi at the end. But Mitsubishi learnt a lesson and managed to proceed to its next generation business jet, the MU-300.

Decades later another business airplane, the Honda Jet made its maiden flight in 2010. As shown above, its uniqueness is that the jet engines are installed on top of the wings. Why is it like this? There is a tremendous merit for getting a bigger fuselage space for passengers and luggage as compared with others, which follow a standard configuration for jet engines on the back of the fuselage. Doesn’t this engine mounting affect the aerodynamic performance of the wings? According to Honda, it makes aerodynamics better to the contrary, making the Honda Jet even faster, quieter and more economical than others.

It is interesting to know that its jet engines are developed by a joint venture company of Honda and GE based on Honda’s original design. The Honda Jet is a very successful aircraft being the top supplier in its category around the world for three years consecutively; more than 150 Honda Jets are flying now.