First of all, please take a look at these photos. Would you believe me if I told you that my wife and I had visited Istanbul recently? Well, it doesn’t seem to be as large or as majestic as the historic mosques that you can find in that city. So, my futile attempt ends here. 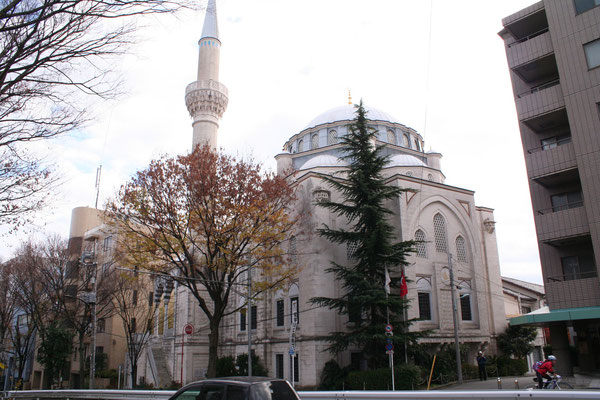 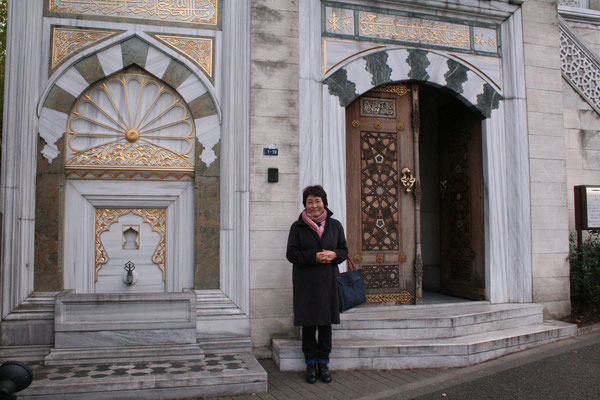 This is Tokyo Camii, pronounced something like “Jarmmy”, the mosque stands in Oyama-cho, Shibuya Ward, Tokyo, and the Turkish Culture Center is located inside. We visited the place on Sunday, December 8, 2013.

One would most likely ask: who built it and when? So, let me give you some information about the mosque. It all dates back to the Russian Revolution of 1917. Some of the Turkish minorities living in Russia fled to Japan, and formed their own community in Tokyo. Over time, they managed to build a wooden mosque in 1938. Then it was rebuilt in 2000; it belongs to the Turkish Embassy in Japan now. Incidentally, the mosque’s Imam, a Muslim priest, has been sent by the Turkish government agency in charge of religious matters.

On the day we visited, we saw the Imam being interviewed by a foreign TV crew, probably from one of the Islamic countries. Now, I would like to show you other photos of the mosque. 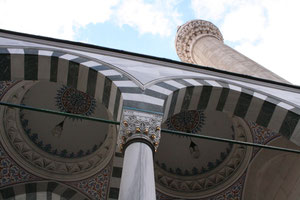 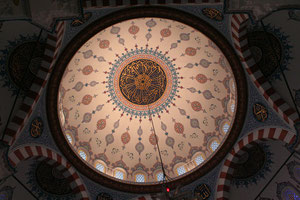 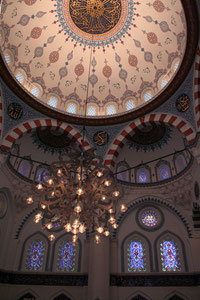 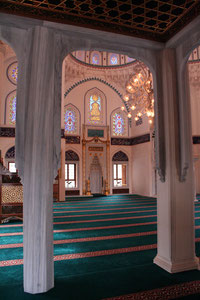 The photo on the right looks towards Mecca, the holiest place for the Muslims situated in western Saudi Arabia. Did you know that a Muslim worshipper sits towards Mecca on his heels when he prays at a mosque?  It is said that there are around 58 mosques in Japan, from Hokkaido in the north to Kyushu in the south.

In conclusion, I would like to say this greeting in Arabic: “As-salam alaykum,” meaning “peace be upon you.”