From my album, majestic sailing vessels

Two sailing vessels, "Nippon Maru" and her sister ship "Kaio Maru", for training seamen, were anchored at the International Passenger Terminal in Yokohama. Each vessel weighs about 2,500 tons and carries around 190 personnel including 120 trainees. 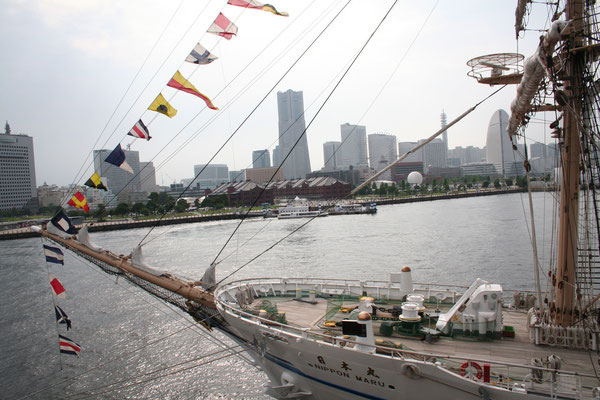 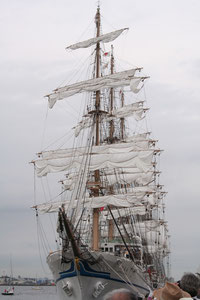 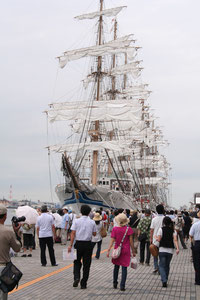 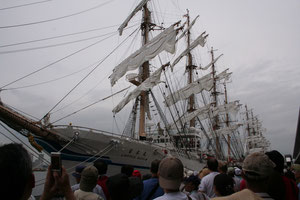 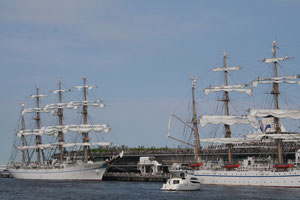 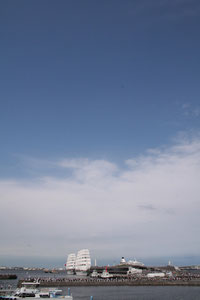 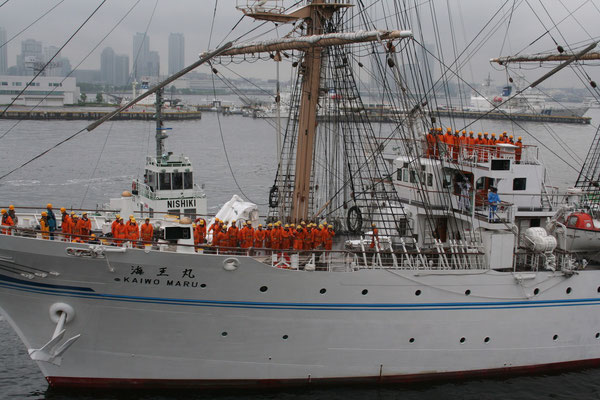 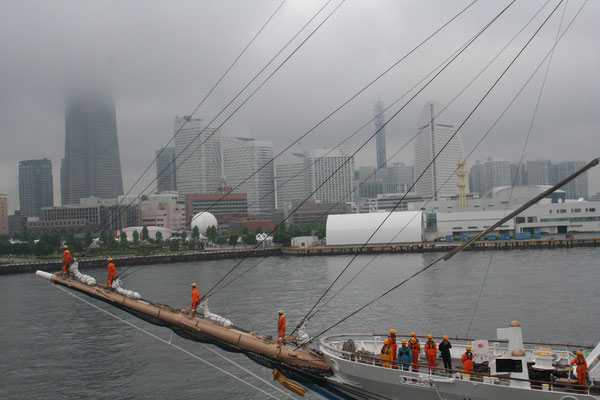 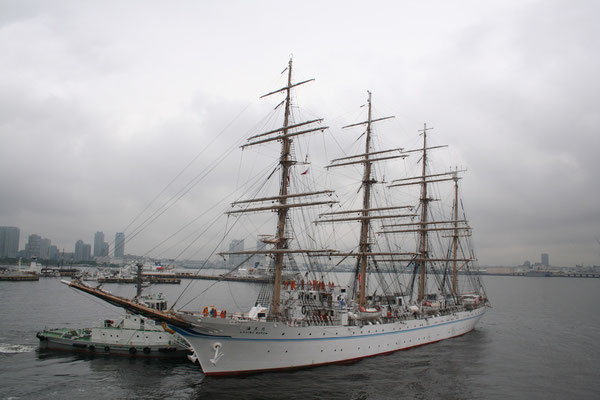 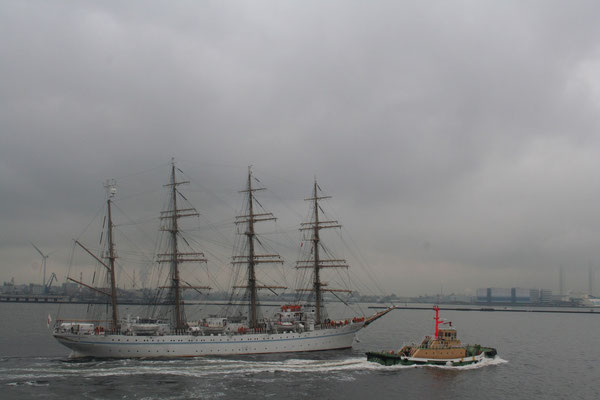 Did you know that another "Nippon Maru" is on a permanent display? It's located at Nippon Maru Memorial Park, near the International Passenger Terminal. This is the first Nippon Maru, which was built in 1930; it carried 11,500 trainees and travelled more than 1,830,000 Km (equivalent to 45 circumnavigations of the globe) before its retirement in 1984.

See ocean liners berthed at the International Passenger Terrminal, the port of Yokohama.