Father Nishimoto passed away in the Philippines. 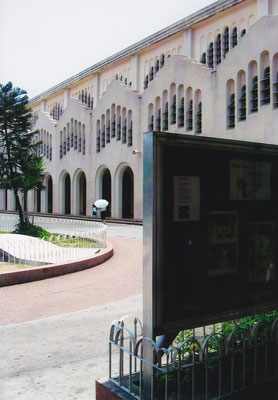 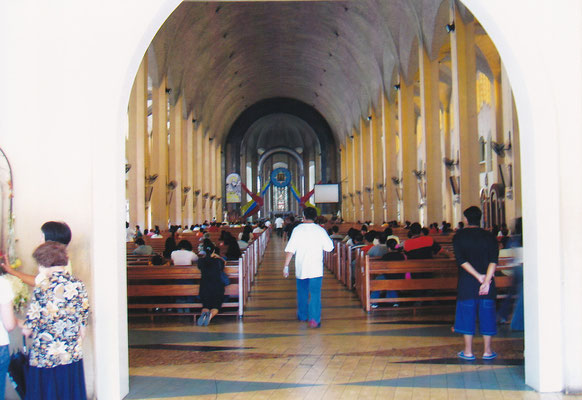 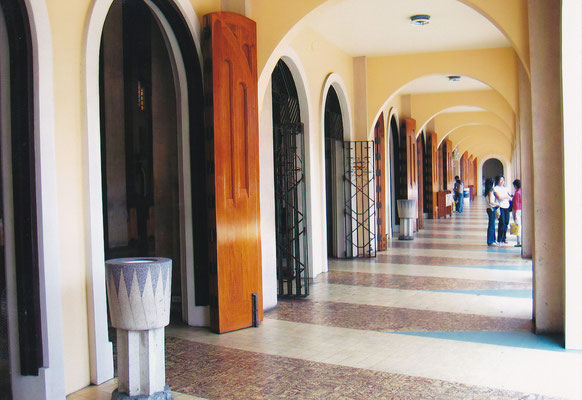 The photos above show Baclaran church in downtown Manila where Father Nishimoto had his office.

While I was staying in Manila from 2004 to 2008 as a JICA expert for a Japanese government project, I came to know of Father Toru Nishimoto through numerous publications of his.

First as a part of the scholarship program for the Filipino school children that Father Nishimoto initiated with funds raised in Japan, he and visiting Japanese students went to see one of the high schools in Quezon City.

They were welcomed by the president of the student council, who explained that: “We (the students) are attending a poorly equipped school (with three shifts a day due to the lack of classrooms) and facing problems every day as you can see. So, we always exert ourselves to mitigate the obstacles somewhat; and furthermore we prefer to smile even in times of despair. We hope we can share our experiences with the Japanese people.”

On another occasion. While Father Nishimoto was driving to his downtown office, he noticed a street vendor boy whom he had known for some time and gave the boy a ride to his home. They stopped at a red light, and right away a small girl came up to the front door asking for money, a common sight in Manila.

The Father awkwardly showed indifference to the girl. To his surprise, the vendor boy opened the window and gave her 5 pesos, which was half of his meager earnings for the morning (10 pesos was needed to buy medicine for his sick mother). The Father was overwhelmed to see what had happened. So twinkling were the boy’s gentle, kind, beautiful eyes; so tendering were the little girl’s innocent, watery eyes that he felt guilty of having done nothing.

Now, a third reference. On this occasion, Father Nishimoto made a home-stay arrangement for a small group of female Japanese university students. They spent four days with host families on Mindoro Island. The students later came back to Father Hashimoto and said that: “Yes, it is very poor down there (neither tap water nor electricity), but we learnt something.” A boy of one host family said: “ I’m very happy here, living with my parents and many siblings. YES, I’M HAPPY.” The Japanese students, who were benefiting from a much more comfortable environment at home never seemed to have said with such confidence “I’m happy”, were deeply moved by this remark.

So, what are the messages of Father Nishimoto to the Japanese? I will try to sum them up as follows: it is the importance of family relationships and spiritual serenity due largely to religious influence. I would like to add one more although it was not explicit in his writings: gender equality.

Reading through his works, I cannot help but feel his strong love for the Filipinos and the Philippines.