I have mentioned on several occasions that I lived in Manila as a JICA expert on an IT project for four years (from 2004 to 2008), so this time I would like to talk about the Spanish colonial period, and the Galleon trade route that linked the Philippines to Spain (through Mexico).

The Spanish cultural imprint abounds in everyday life in the Philippines from surnames, like Garcio, Santos, Belnando etc., to names of places, like Legaspi, San Pablo, Angeles etc., on the main island of Luzon. Manila’s old walled city is called “Intramuros”, which with its big stone churches, old houses and narrow streets exudes a distinctive Spanish atmosphere. Time is also expressed in Spanish. One should not forget Catholicism. 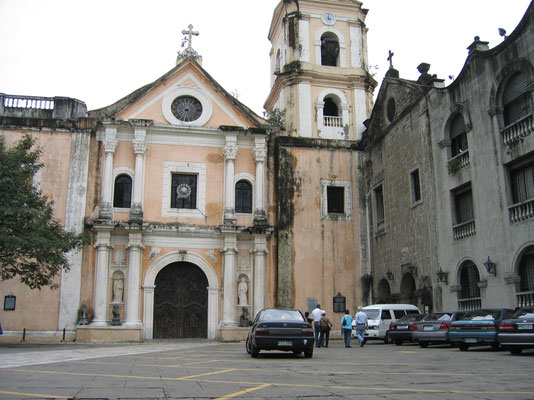 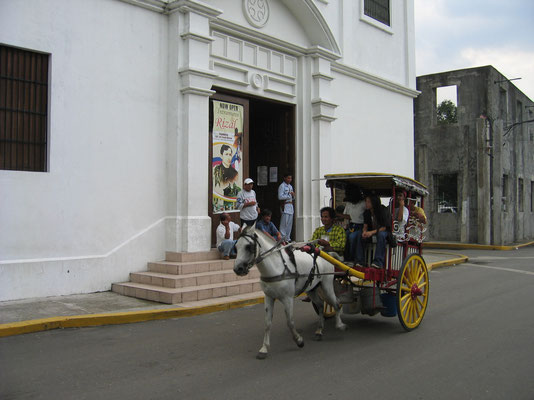 Well, I should stop here. Now, turning to the vital trade link between the Philippines and Spain: why did the Spaniards take a westerly route from Spain via Mexico? Then, what kind of materials and goods were transported? Let’s take a closer look at what was called the Manila-Acapulco Galleon trade route.

First of all, it was the strong desire of Spain to find a westerly route to the Spice Islands in competition with the Portuguese who were setting up an easterly route to the same destination. Decades after the world’s first (westerly) circumnavigation of the earth, completed in 1522 by Ferdinando Magellan, Spanish adventurers managed to find an easterly trade wind further north of the westerly route for a return voyage to Mexico: thus successfully establishing a trade route across the Pacific. 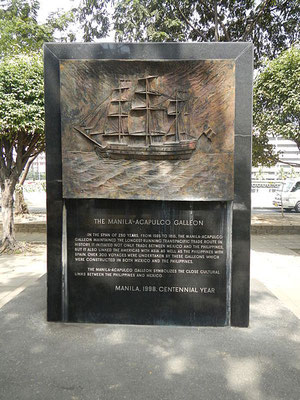 What were the most profitable goods sent from the Philippines to Spain? Interestingly enough, they were Ming Chinese goods, notably silk fabrics as well as porcelain, ivory, and lacquer ware, and of course spices from the Spice Islands.  In return, the Spaniards brought mostly silver ingots from Mexico as a means of payment for the Chinese merchants.

It is surprising to know that Galleons, most of which were built in the Philippines, weighed as much as 1,700 to 2,000 tones, carried 1,000 passengers and crew, and took about 4 months to reach their destination.

The Galleon trade continued for nearly three centuries until Mexico gained its independence from Spain in 1821. What happened then? With the advent of the Suez Canal and steam ships, the Spaniards managed to switch to an easterly route. This lasted for a while until the end of their rule that came in the final years of the 19th Century.

The Filipinos declared their independence when a war erupted between Spain and America in 1898. It turned out that, as a result of winning the war, America obtained most of Spain’s colonies, including the Philippines. It was an irony of history that the colonial rule of the Philippines lingered on with just a change of hands. The Filipinos had to wait another 50 years or so before achieving their independence in 1946.