From 2004 to 2008, I worked in the Philippines as a JICA expert at the IT Training Center, in the University of the Philippines on Diliman Campus. One day, I paid a visit to the Vargas Museum located on the same campus premises, just to find out what it was.

There were some arts exhibitions going on. I noticed in the basement, a small room dedicated to Jorge B. Vargas, a lawyer, one of the key figures during and before World War II, and a youth advocate. He donated his collection of art, stamps and coins, his library and memorabilia to his Alma Mater, the University of the Philippines, two years before his death in 1978. Vargas Museum was erected to exhibit his collections.

Back to this basement, visitors can see Vargas’s personal things, family photographs, text books and notes from his school days,

a big wooden desk and a chair used in his office during the war, decorations, items related to scouting and sport activities. Out of these, I was, frankly speaking, struck by a painting hanging on the wall, depicting a meeting between General Tojyo and Vargas.

Tojyo, prime minster of Japan at that time, was visiting Manila in 1943 and met Vargas who was the Presiding Officer of the Philippine Executive Commission, a Filipino governing organization set up by and under the control of the Japanese occupational forces.

I thought to myself doesn’t this bother the Filipinos who must detest Tojyo, an infamous wartime figure responsible for devastating damages and human losses imposed upon them. To find a clue, we have to look into history more closely.

After graduating from the University of the Philippines in 1914, Vergas joined the Philippine Commission, which was a governing body under the Americans. He took several positions and became executive secretary in 1936. Then war came. He was made mayor of the Greater Manila in December, 1941; his responsibilities included administering the open city upon the arrival of the Japanese occupational forces in January, 1942.

From January, 1942 to October, 1943, Vargas was the Presiding Officer of the Philippine Executive Commission. Ironically, the Philippines gained ostensible independence from the Japanese in 1943. He then became ambassador to Japan and moved there.

When the war ended in August, 1945, he was taken in to custody by the American forces as a collaborator to the Japanese and was sent back to the Philippines for trial. Vergas was finally freed under Presidential amnesty in 1948.

According to the Internet, one of the museum staff mentioned that Vargas was designated by Philippine Commonwealth President, Manuel Quezon as mayor of Manila in order to “protect Manila” and thus became a collaborator; that was his role in history.

So, this seems to be an answer to a question raised above. 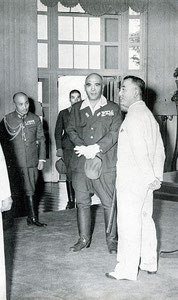 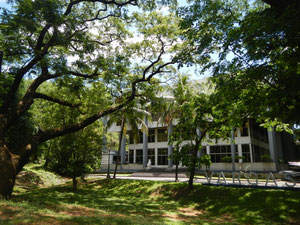