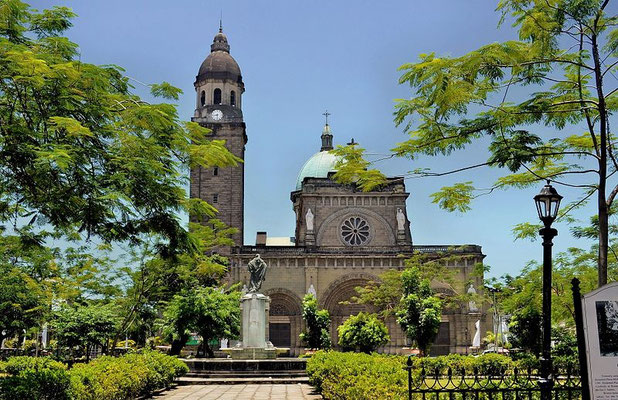 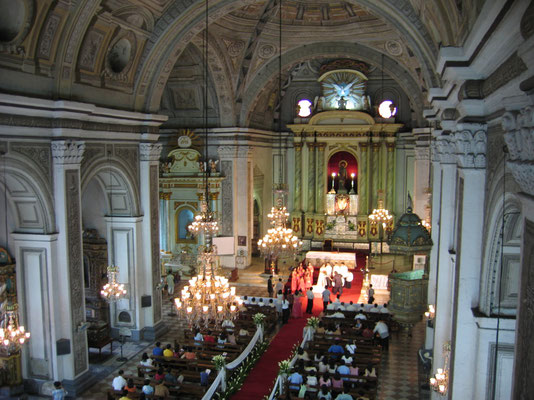 Manila Cathedral is located in Intramuros, or the Walled City, which is the oldest district of the city of Manila, the capital of the Philippines. The Cathedral dates back to the late 16th Century when the country was under Spanish colonial rule. It is interesting to know that the history of Manila Cathedral shows some important relationships with Japan, at least on two occasions. Let me elaborate on them.

First of all, inside the Cathedral you will find that one of the chapels is dedicated to Saint Lorenzo Ruiz, who was perhaps the first Filipino to have reached Japan and became a martyr in 1637 during the Tokugawa Shogunate, which severely persecuted Christianity.

Then, centuries later after World War 2, a Japanese by the name of Iwataro Uchiyama, a diplomat-turned Governor of Kanagawa prefecture, took an initiative to help rebuild Manila Cathedral after the damage caused during the Battle of Manila in 1945. Why did he take that action? After the World War 2 defeat, Japan embarked on a new diplomatic course that would prioritize its activities with the United Nations, but its membership application was not welcome to all countries, notably the Soviet Union.

At that time, the Philippines was a non-permanent member of the U.N. Security Council. So, in order to gain the support of the country, Uchiyama sought to mitigate the hard feelings of the Filipino people against the Japanese who had occupied the Philippines during the war, by contributing to rebuild Manila Cathedral. Right away, Uchiyama set up a public donation fund, and as a result, he managed to send a large amount of cement and some money to the Philippines in 1958.

That’s not all. I happen to know a Japanese man who married a Filipina at Manila Cathedral. I’m sure that new Japanese-Filipino couples, some at least, will follow suit there.