World heritage sites in the Philippines

While I was in the Philippines working as a JICA expert on an IT project from 2004 to 2008, I managed to visit three world heritage sites there. Here is a brief description of each one.

First, are the Baroque churches of the Philippines: actually three churches spread over Luzon Island and another on Panay Island to the south. The one I visited, on several occasions, was The Church of the Immaculate Conception of St. Agustin located in Manila. According to the Internet, it was the first church ever built in Luzon in 1571, immediately after the Spanish conquest of Manila. The first building in wood and palm fronds was soon replaced by a stone church in Baroque style, incorporating some local tastes.

I would say this church is historic, grand, majestic, solemn, and loved by many. On weekends, you will most likely see wedding ceremonies going on one after another. Nearby is a museum of a onetime Spanish merchant’s mansion and restaurant, where wedding parties are held. 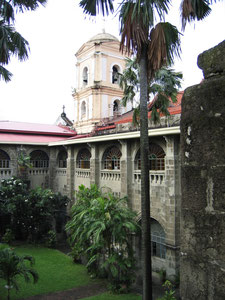 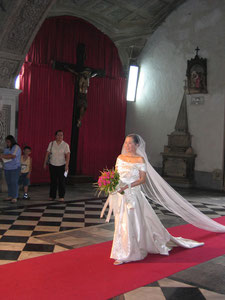 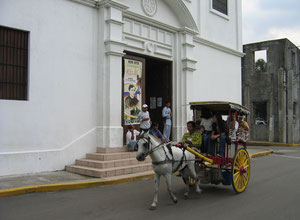 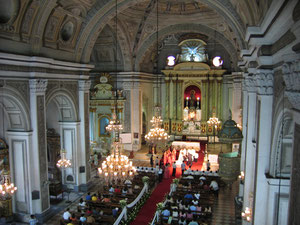 Second, are the Rice Terraces of the Philippine Cordilleras. I visited one of the main rice terraces in Banaue, which is about 340 km north of Manila, located in a mountain range and takes more than 9 hours to reach by car. These famous rice fields are said to trace back as far as two thousand years. Some people call them “Steps to heaven” or “the Eighth wonder of the world”.

This visit could never have happened if I hadn’t participated, with two of my Pilipino counterparts, in a seminar on IT held at Nueva Vizcaya State University, located in Bayombong, the provincial capital of Nueva Vizcaya, which is not too far from Banaue.  It was a pity, however, that we only had less than one hour to appreciate the beauty there due to limited time. 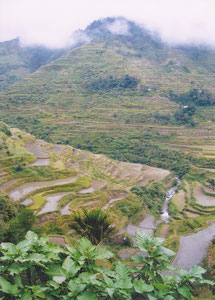 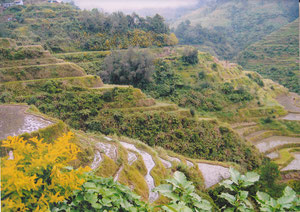 Lastly, there is Puerto-Princess Subterranean River National Park on Palawan Island. This world heritage site features an 8.2 km subterranean river that flows directly into the sea.

I took my wife and daughter to this place. We first flew from Manila to Puerto-Princess, the main city in Palawan. From there, a four wheel drive car took us through unpaved rugged and winding mountainous roads across the island, then a boat ride to the final destination that was the mouth of the river. On our arrival there, some big black lizards came running towards us with red tongues out that really frightened us.

Then we put on our life vests and went inside the subterranean river with a guide in a small powered boat. I sat in the front holding a light. It was like going through caves, narrow to wide spaces followed by large chambers one after another – and bats. 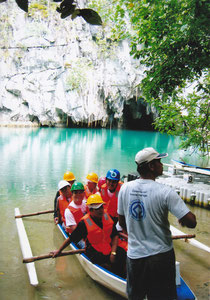 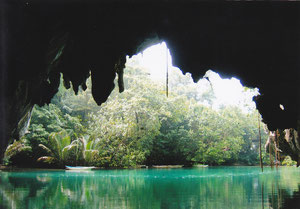 The Philippines is rich in natural beauty and historical heritage: the country is said to be composed of more than 7,700 islands.