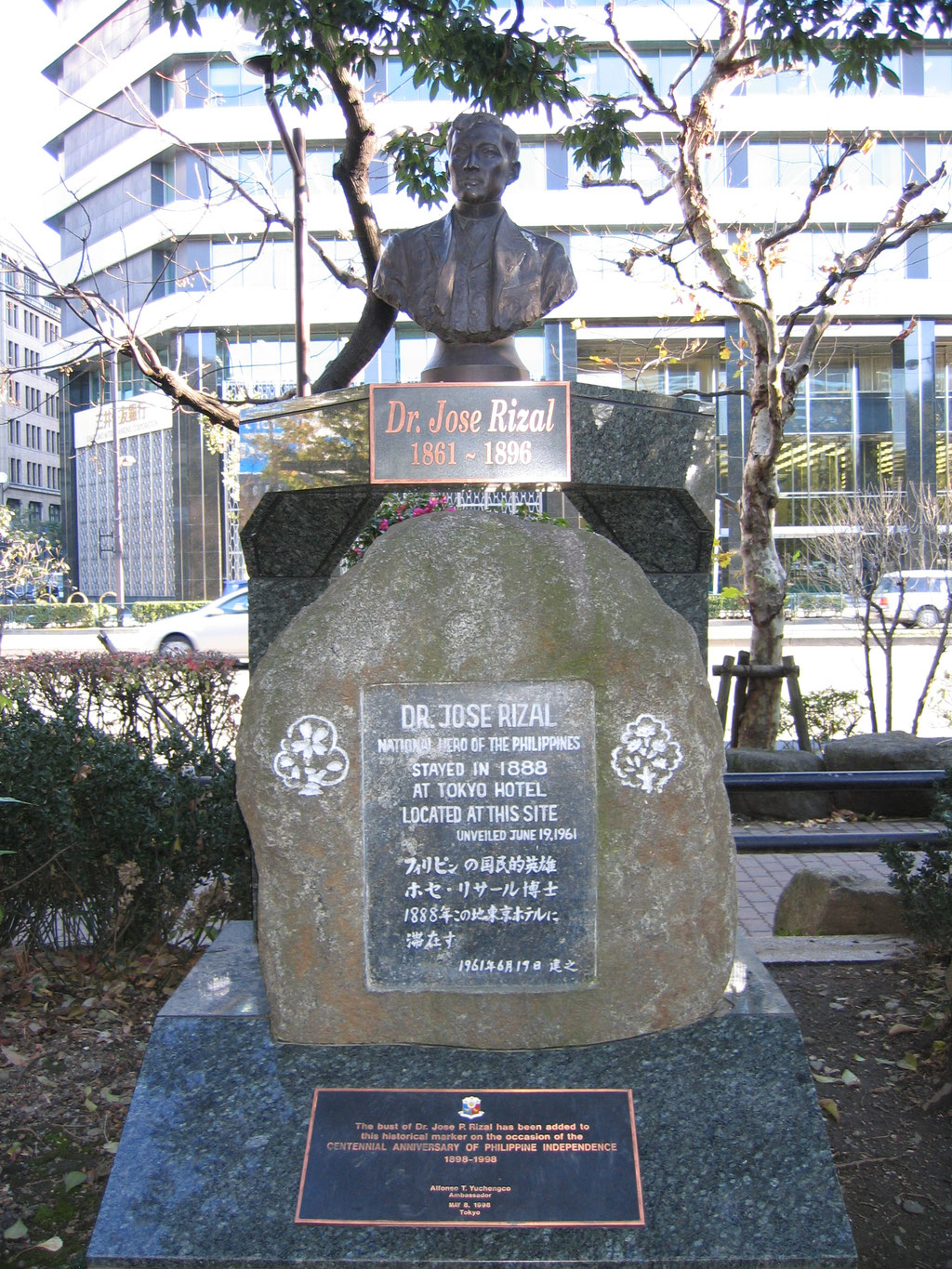 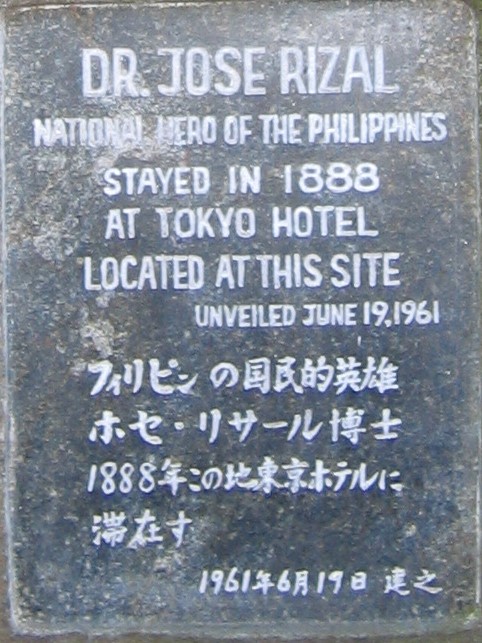 In December, 2004, I and my son visited Hibiya Park in downtown Tokyo to see the statue of Jose Rizal, who was the prominent national hero of the Philippines. It was a complete surprise to find the statue in such a remote and quiet spot in the park, hardly attracting attention of even sporadic passers-by.

A brief inscription of the statue says, “DR.JOSE RIZAL, NATIONAL HERO OF THE PHILLINES, STAYED IN 1888 AT TOKYO HOTEL LOCATED AT THIS SITE.”

He was born in 1861 to a rich family in the Philippines, at the time of the colonial rule of the Spaniards who first came to the country in the 16th Century. Rizal completed his tertiary education in the Philippines before going to Spain where he earned his medical doctorate.

It was another talent of his that brought him to light amongst the Spanish rulers and the Filipino intelligentsia. Being a prolific writer, he published two famous works on the plight of his countrymen under the colonial power.

So, he became a political figure who favored achieving Philippine self-government through institutional reform rather than through violent revolution. Rizal strongly believed in the restoration of the dignity of the people, saying “….. why independence, if the slaves of today will be the tyrants of tomorrow?”

However an peaceful approach he sought, the Spaniards could not tolerate his overt arguments against their colonial administration. The tension culminated and, in the end, Rizal was executed by a Spanish firing squad in 1896. He was only 35 years old.

This incident triggered the momentum for the Filipino national movement towards independence. However, it took several more decades before the people could actually celebrate their independence in 1946. It was a historical irony that the colonial rule lingered on, from the outgoing Spain to the incoming U.S.A. as a result of the US-Franco war of 1898.

"The Rizal House in the city of Calamba (about 50 km south of Manila) is a reproduction of the original Spanish Colonial-style, two-storey house where Jose Rizal was born on June 19, 1861."