On Thursday afternoon, April 4, I visited the museum which is located near Center Kita station along the Yokohama subway. It was still during the school spring vacation, so there were quite a number of children visiting the museum accompanied by their mothers or even one of their grandparents. According to the museum’s information, the museum “exhibits historical items over a span of 20,000 years, under the theme of daily life and social history in Yokohama.”

I found that the exhibition focuses on ancient periods, in particular to the findings from the nearby excavated site of ancient dwellings dating back to the mid “Yayoi” period (2nd Century B.C. to 1st Century A.D.) It was a very educational visit for me; I would like to share with you what I have newly learnt.

First, what was it like 20,000 years ago? It was believed to be at the end of the glacial period; the pre-earthenware people lived in an entirely different world inhabited by large animals (now extinct) and the Japanese Archipelago was at that time connected overland with the Asian continent. Did you know that during this extremely cold period, the sea level dropped more than 100 meters as compared to today? The reason? Water evaporated from the sea was accumulated on land as snow mass that eventually turned into glaciers. As this process continued, the sea level dropped.

Second, after the ice age, the warmer climate provided various kinds of nuts, an essential foodstuff, for predominantly hunting people who invented earthenware to boil nuts so that they became edible or digestive. The history of earthenware thus began!

To end this essay, I would like to say this much: you can learn something from visiting your local museum, which will supplement your knowledge and more importantly enrich your life.

Here are some photos of the museum. 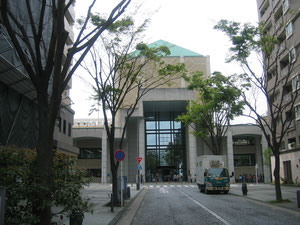 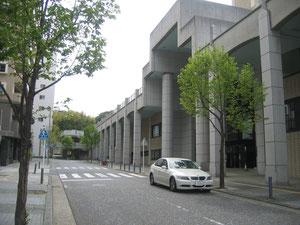 In the left photo, the main entrance. There is an approach to the nearby excavated site of the ancient dwellings that is located on the left side of the museum. 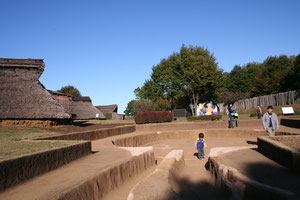 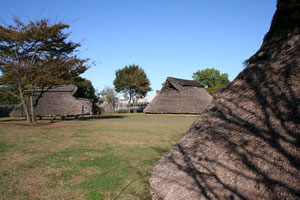 Incidentally, you can spend a night in one of the restored huts on September 14, this year, for a minimal charge of 1,500 yen per person (max. 8 families).