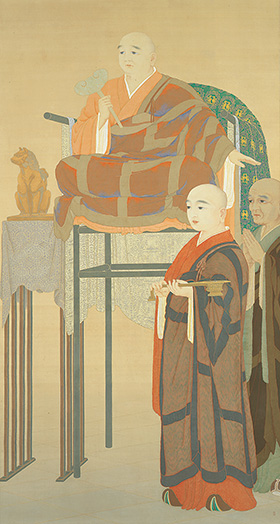 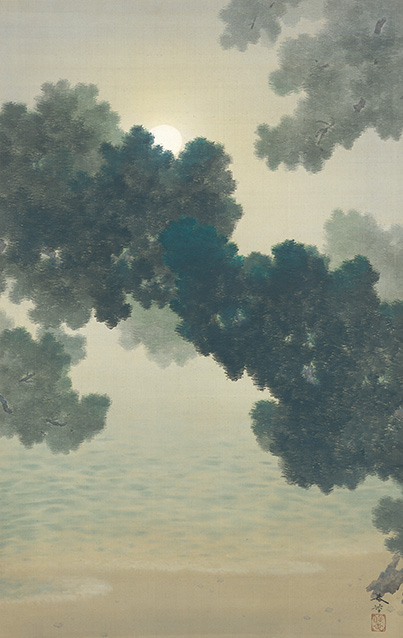 Hishida Shunso was one of the master artists who endeavored to invigorate traditional Japanese art at the time of Japan encountering western cultural influence upon opening its doors to the west in the late 19th Century. In his childhood, Hishida excelled in painting and subsequently entered the Tokyo Arts School (now the Tokyo University of Arts) in 1890, one year after its inauguration.

Amongst the very first entrants were Yokoyama Taikan and Shimomura Kanzan who became iconic master artists. Hishida managed to make a peer relationship with them and ,together, they sought a new style of painting. It focused on the gradation of colors rather than highlighting lines to depict what they wanted to draw. They visited India in 1903; America and Europe in 1904-1905. Unfortunately, Hishida suffered eye sight trouble for a few years before in 1911 he became completely blind prior to his sudden death at the age of 36. His too early demise was very much regretted by many, including Yokoyama Taikan who said that Hishida was a much better artist than himself and if he had lived longer Taikan's own art would have been enriched by "another 10 years."

Did you know that Japanese art uses special paint? It is mineral pigments that need gelatin to make the pigments stay on drawing boards or the like. 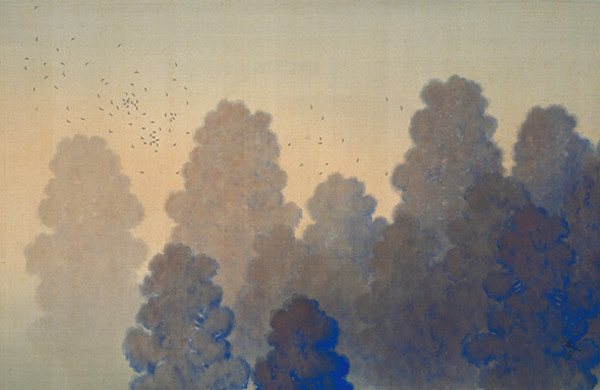