On November 1, 2013, my wife and I visited the Yokohama Museum of Art to see an exhibition entitled “The Life and Art of Yokoyama Taikan: His Mentor, Friends and Inspirations”. Perhaps, Taikan is one of the most well known Japanese master artists of the 20th Century. How could it be? Let’s first look at his biographical features.

To start with, he learnt traditional Japanese painting as part of the first batch of students at the Tokyo School of Fine Arts. Here, Taikan met his lifelong mentor, Okakura Tenshin (1863-1913), who was an early advocator of the Japanese arts. Tenshin seemed to have inspired Taikan to seek ways and means of combining traditional Japanese art with western art forms.

Naturally, Taikan and his art friends incorporated “perspective” methods to their traditional paintings. Also, they tried to eliminate clear-cut lines where possible. All these efforts led to successful exhibitions in New York, Boston, London, Berlin and Paris from 1904 to 1905. Taikan and his friends managed to establish their styles with confidence.

So, under the auspices of his mentor and through competition with friends, Taikan formulated a fusion of traditional Japanese arts and those of the west, thus ushering in his period of fame.

Some final words on his family life which was regrettably full of misfortune: both his first wife and child died early, and his second wife passed away when Taikan was only 47 years old.

Now, let me show you a photo that I took at the Yokohama Museum of Art, depicting photo copies of paintings (by a contemporary artist): Taikan (second from the left), his mentor on the furthest left side, and his four immortal friends.

And some of his works 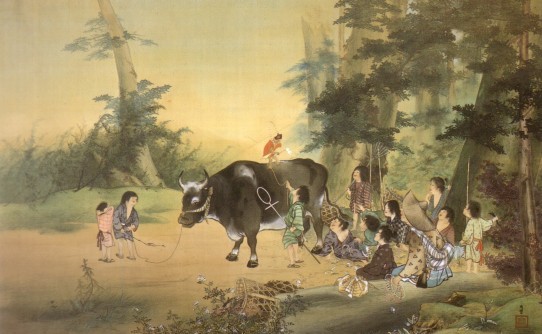 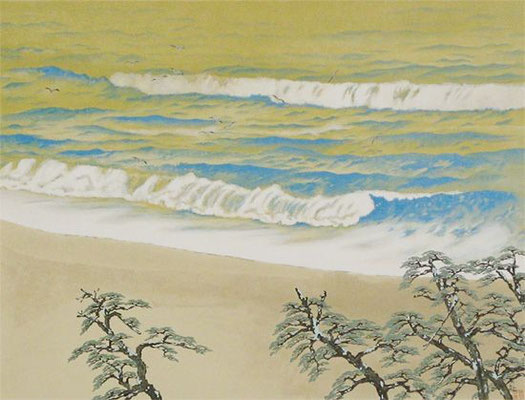 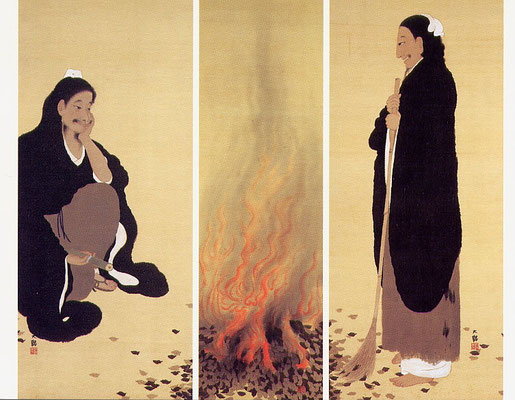 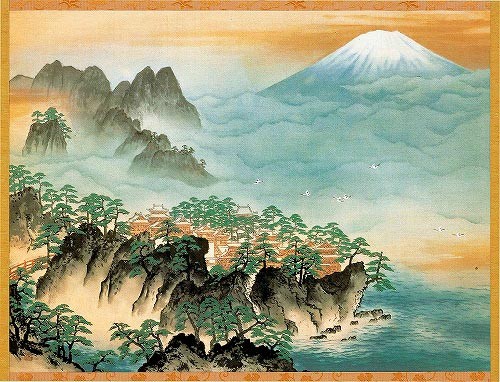 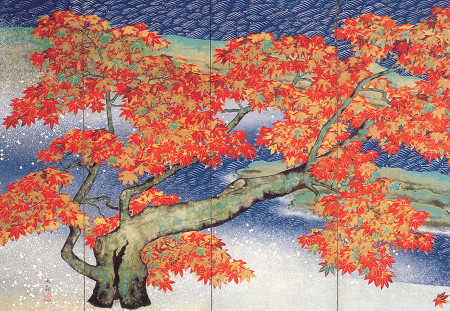 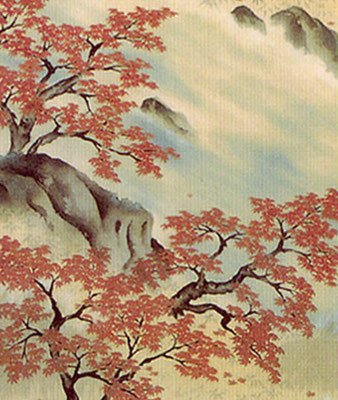 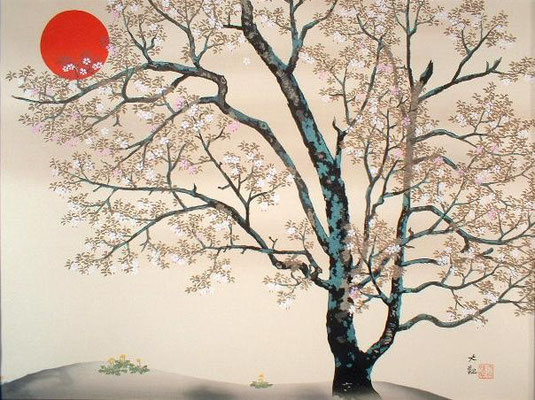