This time I would like to touch on some of the works by Higashiyama, who is perhaps one of the most beloved contemporary painters of landscapes in Japan. In one of Higashiyama’s special exhibitions in 1995 in Tokyo, I was truly overwhelmed by his works, all the numerous paintings on screens that were brought over from Toshodaiji, a Buddhist temple in Nara.

At Toshodaiji there is a building dedicated to the statue of Ganjin, a revered Chinese Buddhist monk, who founded the temple in 759. At that time, coming to Japan was a difficult and dangerous endeavor; in fact Ganjin finally made it to Japan on his sixth attempt (in 753) at the age of 66 after losing his eye sight.

The building is composed of five tatami rooms. The room which houses the statue of Ganjin is surrounded by 26 screens (fusumas) all decorated in black-and-white paintings depicting a familiar landscape in China (willows drooping over a pond) dubbed Pleasant breeze at Yan-chou; two rooms with wash drawings of Chinese mountains (16 screens). The remaining two rooms are decorated with colorful screen paintings of sea and mountains in Japan (26 screens). For these works, Higashiyama spent more than 10 years completing them: which included visiting different places in Japan and China to make prolific sketches, preparing studies in actual sizes, and painting the final screens (70 screens in all!).

Higshiyama was born in 1908 in Yokohama and later lived in Kobe. He studied in Germany after he had graduated from Tokyo University of Arts. In 1947, his painting Afterglow was bought by the government and thus he became recognized as a painter. His works include landscapes of Germany, Austria, and Scandinavian countries. 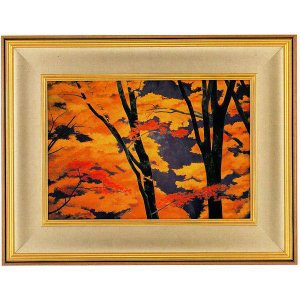 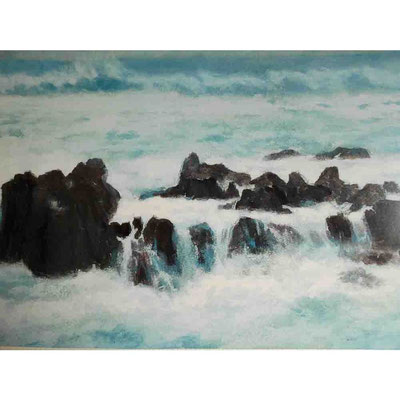 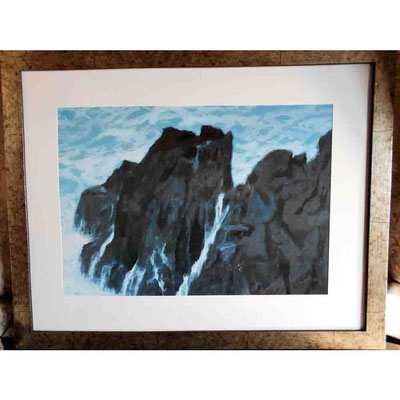 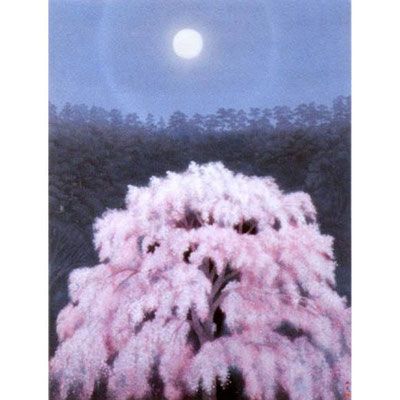 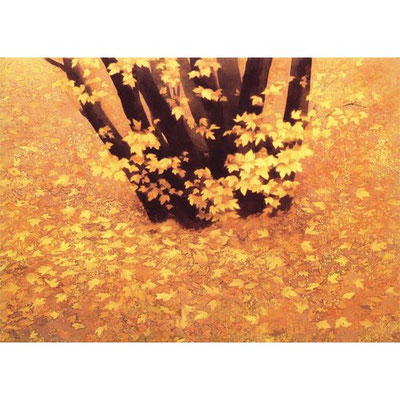 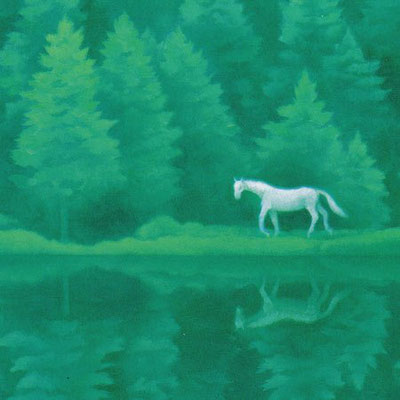