On July 1, 2017, my wife and I visited "Ryukou-ji", a Buddhist temple in the Enoshima area, a tourist attraction some 40 km south-west of downtown Tokyo. During the Kamakura period (from the late 12th Century to the middle of the 14th Century), the site of the temple was used as an execution ground and it was here that Nichiren, a Buddhist reformer, was to be beheaded because of his vehement criticism of incumbent Buddhist factions that were closely tied to the Kamakura rulers. Luckily, at the last moment, Nichiren's death sentence was commuted to banishiment to an island.

The Kamakura period witnessed a lot of calamities, such as plagues, famines, and severe earthquakes among others. To these plights, incumbent Buddhist organizations, which by then became "established" entities focusing more on the interest of the ruling class, failed to rescue the masses. So, during this period besides Nichiren, two other reforming movements sprang up: one is "Jyodo-shinshu" (you will be saved by just reciting a particular prayer.) and the other is zen (you will be saved through practicing contemplation.) Nichiren preached that people would be saved by believing in one particular Sutra. All three movements gained momentunm and became major Buddhist activities, even to today.

The photo below shows Ryukou-ji, which was initially erected in 1333. The main building was built in 1832.

The first photo on the left, shows "Enoshima" station, from which it takes a few minutes by foot to Ryukou-ji. 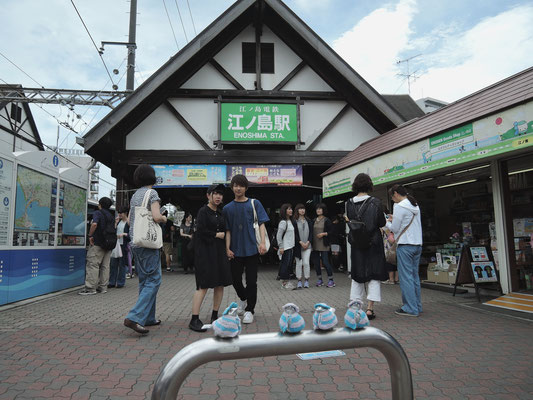 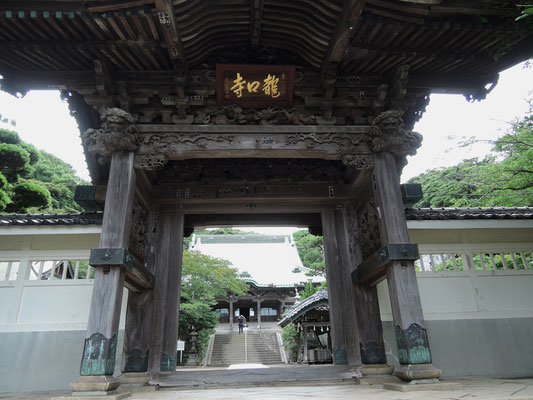 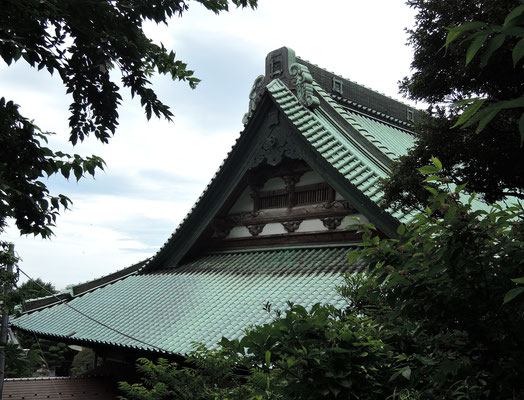 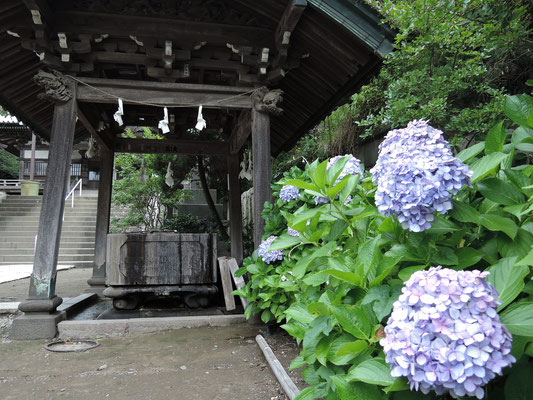 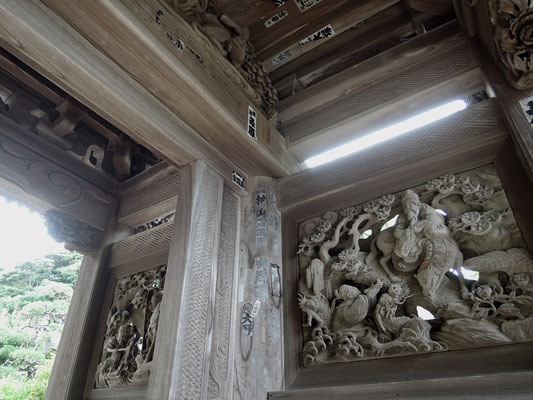 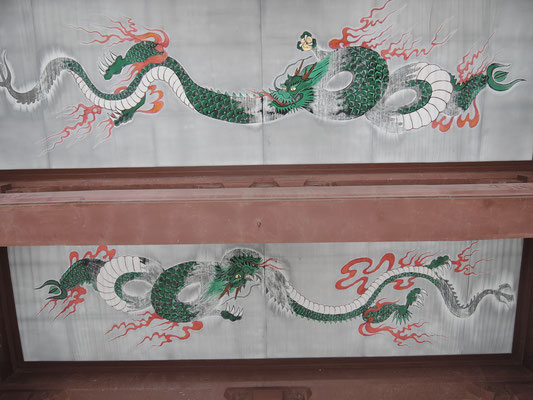 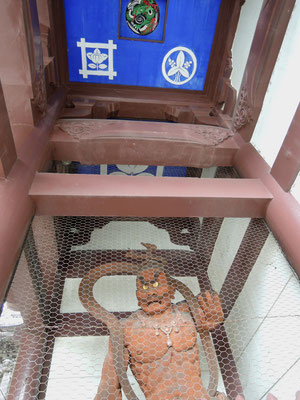 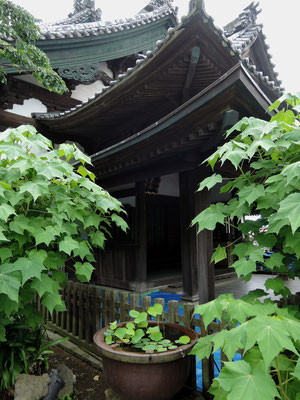 A tram car runs through a main street near Ryukou-ji. 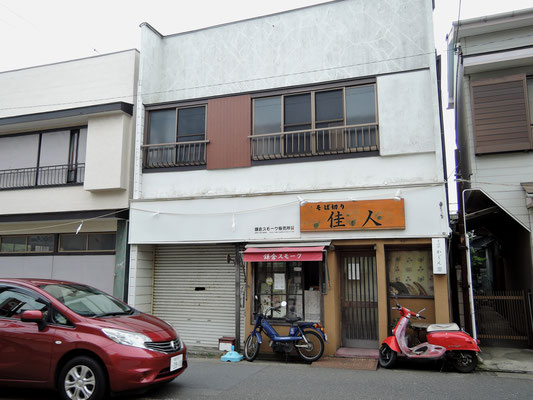 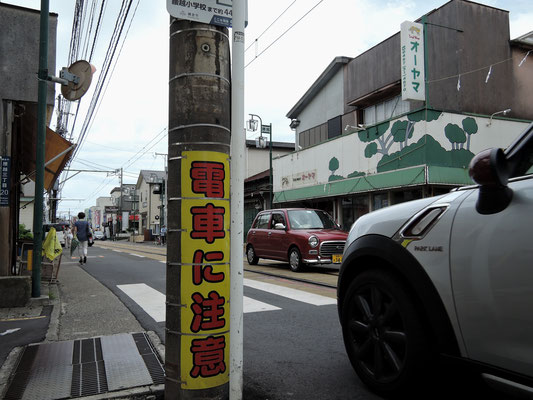 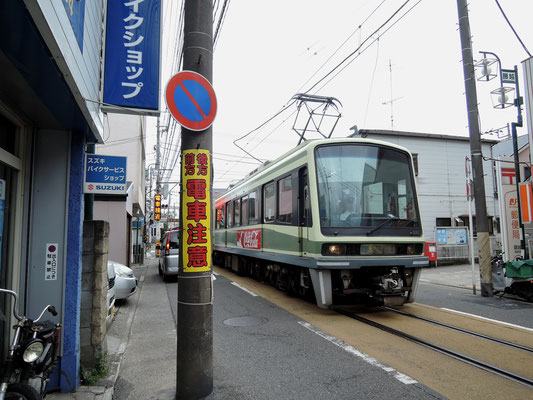 After visiting Ryukou-ji, we headed to the sea overlooking Enoshima, a "land-tied" island. On the left side, you could see Enoshima yacht harbour, which hosted yachting events for the 1964 Tokyo Olympics and will host the events again for the 2020 Tokyo Olympics. 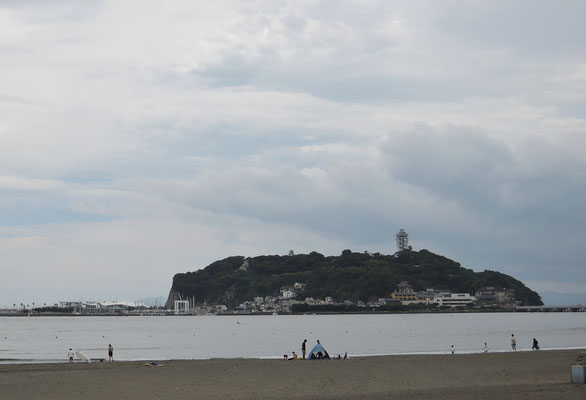 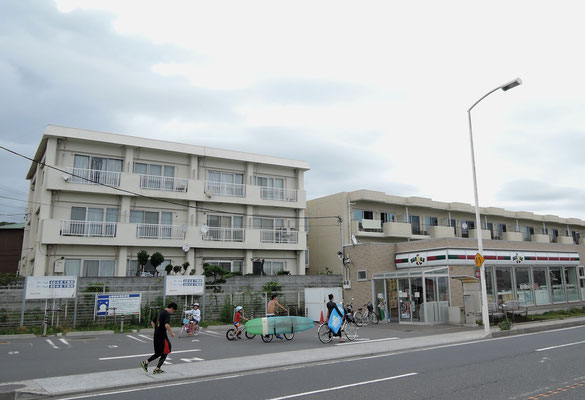 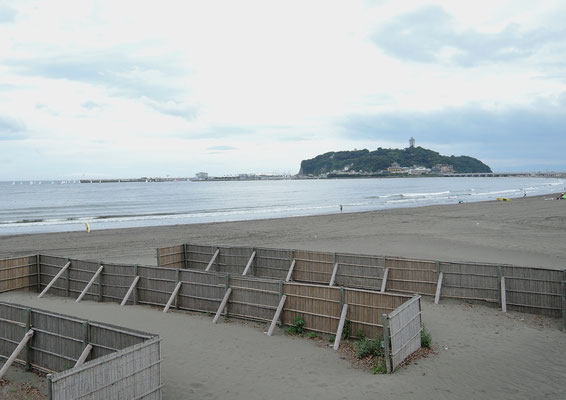 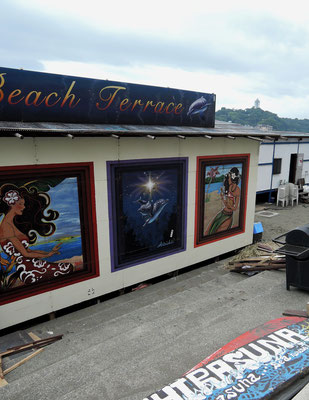